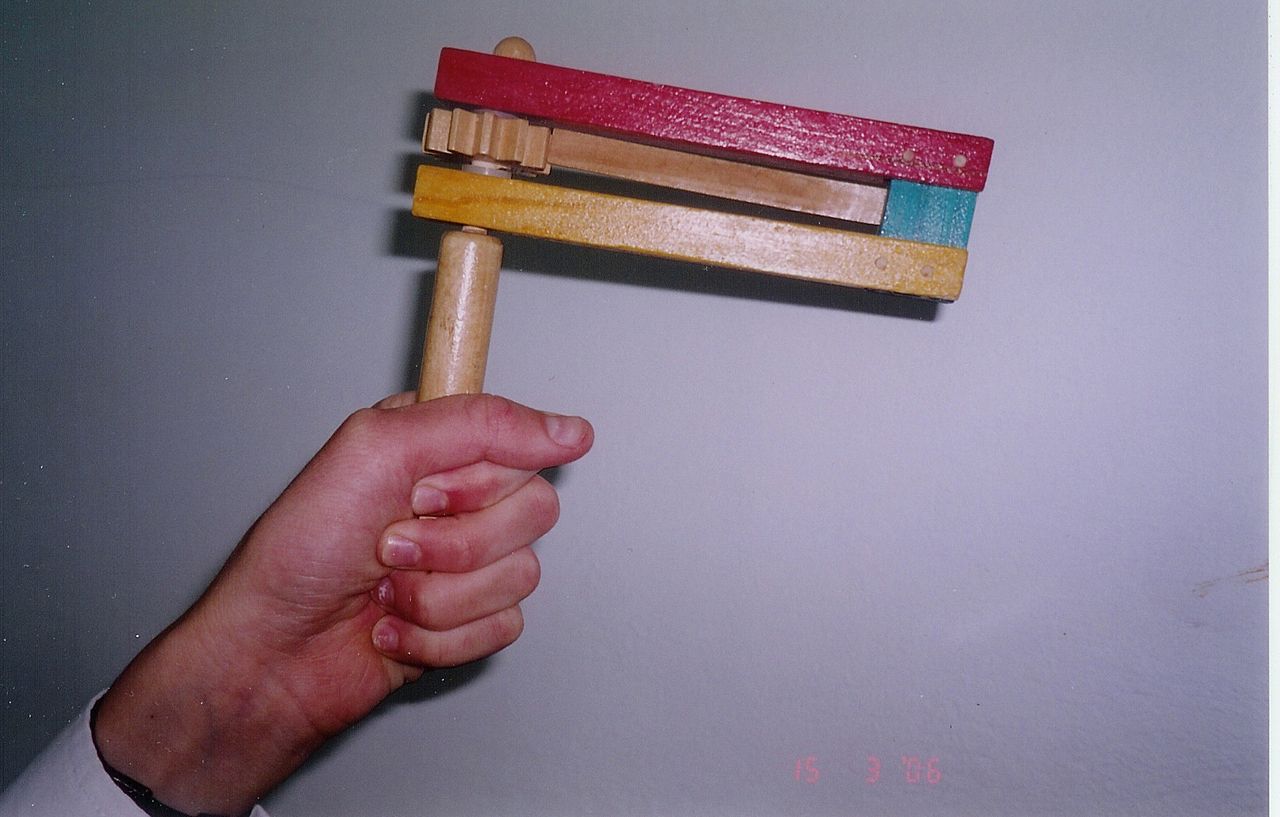 112.24 (Scraped wheels – cog rattles or Ratchet) A ratchet, also called a noisemaker (or, when used in Judaism, a gragger or grogger (etymologically from Yiddish: גראַגער‎), raganella or ra'ashan (Hebrew: רעשן‎)), is an orchestral musical instrument played by percussionists. Operating on the principle of the ratchet device, a gearwheel and a stiff board is mounted on a handle, which rotates freely. The player holds the handle and swings the whole mechanism around. The momentum makes the board click against the gearwheel, producing a clicking and rattling noise. A popular design consists of a thick wooden cog wheel attached to a handle and two wooden flanges that alternately hit the teeth of the cog when the handle turns. Alternatively, smaller ratchets are sometimes held still or mounted and the handle turned rapidly by the player. The mounted ratchets allow for greater control of the duration and timing of the sound. This allows the ratchet to be used like a snare drum, placing sustained rolls in precise durations of time. Dynamics are controlled by the rate at which the ratchet is rotated.[1] The ratchet is similar to a football rattle, which is sometimes used in its place when a particularly loud sound is needed. It is used in, for example, Richard Strauss's piece Till Eulenspiegel's Merry Pranks and Arnold Schoenberg's Gurre-Lieder. In the 18th and 19th centuries, a similar device called a policeman's rattle was used by British[2] and Australian[3] policemen to summon assistance.[4] They also used the device during the Second World War, to warn of the presence of poison gas.[5]